On the amateur sports front, Linda is presently a volunteer elected Director with the Mississauga Sports Council.   Linda enjoys helping our youth and is the the Past Chair of Celebrations of Youth Organization who hosts Youth Day Toronto yearly. 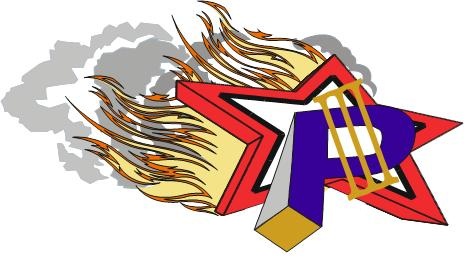 Linda Pinizzotto was the first female General Manager in Junior Hockey.  She signed with the Stoney Creek Spirit, Niagara Junior B League under the Ontario Hockey Association.

She created and funded the “P3 Sports Blue Chip Tournament” to showcase 15 & 16 years old, draft eligible, hockey players during regular season in the smaller regions in Ontario.   It was the first Tournament in the history of hockey to support from Six (6) Leagues of the ONTARIO HOCKEY ASSOCIATION , The Leagues included: Georgian Bay Jr. C,  Mid-Ontario Jr C, Central Ontario Jr C, Niagara East & West Jr C, Western Jr C and the Junior D Development League.  She was also able to convince the OMHA, Ontario Minor Hockey Association to support and allow their draft eligible Midget players to participate.   In fact, Linda received support from over 50 teams across the Province considering her Tournament received support as an OHA sanctioned event.   It was an excellent venue for players to show their skills in their own age categories and hopefully be drafted in the  Ontario Hockey League Priority Draft Selection.

The Ontario Hockey League, with the assistance of David Branch,  endorsed and supported this event to evaluate players within a different sector from their standard team play where players range up to 21 years of age.  Each team had a diversified lineup of players from different teams.  Every Team in the Ontario Hockey League, Provincial Junior A Leagues had representation at the Showcase.  The National Hockey League, NHL listed the P3 Sports Blue Chip Showcase in their Master Schedule every year over a 3 years period.    Pinizzotto received support from Brent Ladds,  for Insurance and Referees on behalf of the  Ontario Hockey Association.   The financing, ice time and equipment was sponsored by Linda Pinizzotto personally and she arranged sponsorships through CCM for the jerseys and socks; food and refreshments from Tim Hortons and Pizza Pizza.   The event was Free with no entry costs for everyone attending whether they were players and parents, scouts or guests.

Hundreds of draft-eligible hockey players from Jr. C and Jr. D Leagues plus bantam and midget teams of the Ontario Minor Hockey Association had an opportunity to play with and against one another in an

On another note, Linda created P3 Sports Entertainment and submitted an expression of interest to build the Mississauga Sports Arena on the site where the Hershey Centre is today.   Click for more details on the Arena Proposal.

Our P3 Stars Team is compiled of players from across the Province.  They compete in the popular “Prospect Tournament”.  Our mission is to provide the best exposure for young draft-rated and NCAA potential players. The P3 Stars have had an 85% OHL draft success rate with 30% of these signing and playing Major Junior Hockey. The remaining players have chosen the NCAA route. This year again, I was involved with 2 NCAA Scholarship offers for players in our Ontario Hockey Association Tier II Junior system. I have also arranged for players to receive training  camp invitations to Affiliated OHL & QMJHL Teams.